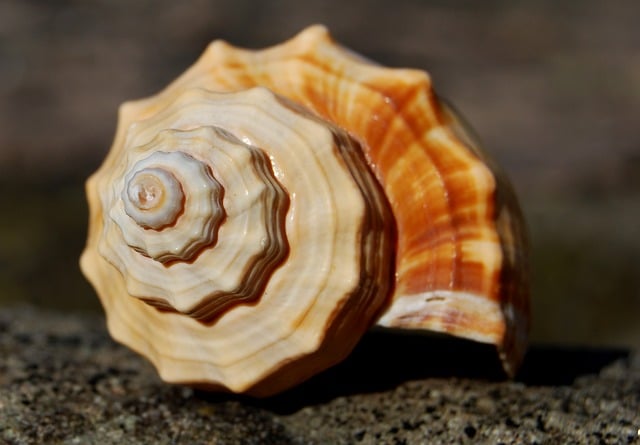 You might already be familiar with STEM material. STEM is a set of curricula that prioritizes lessons around Science, Technology, Engineering, and Mathematics. The acronym is STEM. STEM curriculum can offer a gateway into subject integration, hence the “math in nature” idea!

If you’re new to STEM or would like a “refresh,” check out our article here. We review the top three benefits of STEM—and why it matters.

In this article, we will offer ideas for educators to incorporate mathematics with science and nature connection.

Leonardo de Pisa—not to be confused with Leonardo de Vinci or Leonardo DiCaprio—was a brilliant mathematician. He’s better known by his nickname, Fibonacci.

Fibonacci noticed repeating patterns in nature. He wondered why these patterns occurred:  a certain sequence of numbers kept appearing in nature. These patterns include the spiral of a seashell, the structure of a pinecone, the shape of hurricanes, and the density of a cabbage.

This spiral has a mathematic background: it follows a sequence of numbers, known today as the Fibonacci sequence. This spiral appears everywhere in nature—as well as in human design.

Was Fibonacci the first to notice this? No. Many East Indian mathematicians were studying this pattern—and well before Fibonacci. But Fibonacci gets most of the credit, largely because of his published book from the 13th century.

What is the Fibonacci Sequence?

The Fibonacci sequence is simple. Beginning with 0 and 1, each following number is the sum of the previous two numbers. Next, when we express these numbers as squares with widths, the pattern of their sequence forms a spiral.

For example, when we start with the initial 0 and 1, we have:

Again, when we visualize these numbers as squares with widths, the pattern forms a beautiful spiral. Fibonacci documented this mathematical spiral and published it in his 13th-century book.

This hands-on kit invites learners of all ages to investigate patterns in nature, with a focus on the Fibonacci sequence.

Once introduced to this spiral pattern in nature, you may start noticing it everywhere. This kit is a powerful way to increase observation skills and apply math to “real-world” phenomena.

Need enough for a whole class? Good news! This “Math in Nature” lesson is also available as a class set.

In this kit, participants mark pine cones. Then, they count and record the Fibonacci numbers that they find.

Hidden Properties in Math and Nature

Mathematical patterns can be found throughout nature, but it requires a closer look. Behind the design of a spider’s web to the spiral of a nautilus shell? Math. The spiral of a hurricane? Math. The number of petals on certain flowers? Math.

Once introduced to mathematical patterns in nature, explorers of all ages can begin to recognize these patterns. They can be found everywhere.

For one extension to this lesson, consider an additional lesson with the Golden Ratio. The Fibonacci sequence is very close to the Golden Ratio and can be used as an introduction.

In short, the golden ratio is another mathematical pattern that appears in geometry, art, nature, and architecture.

For a “Math in Nature” series, we recommend that educators introduce these patterns with the Fibonacci kit, alongside the book Growing Patterns by Sarah Campbell. Her colorful book offers strong visuals and poetic text.

You could also offer a follow-up lesson on the Golden Ratio, and a take-home assignment to investigate patterns.

Get exploring! Do you have a favorite pattern in nature? Have you found the Fibonacci sequence in nature? Are there any patterns that math does not explain?

And speaking of poetic text in Growing Patterns, did you know that math is everywhere in poetry too? Stay tuned for our next STEM article, “Math in Poetry.”

If this article was helpful for you, please share it with a friend! As always, feel free to leave a comment below. We’d love to hear from you. 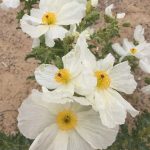 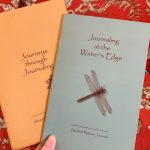 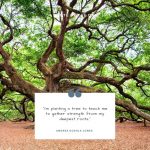 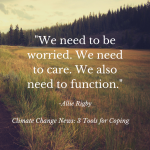 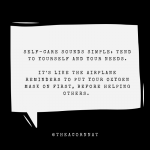 Quote about self-care and climate anxiety 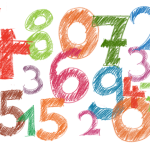 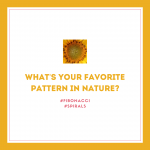 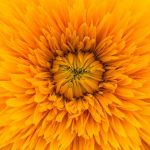 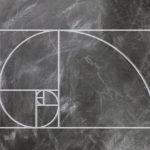 Do you recognize this spiral? Image by Gerd-Atlmann 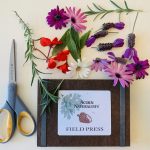 How to Press Plants Acorn Naturalists 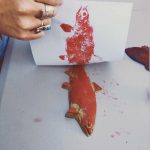 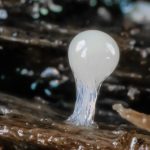 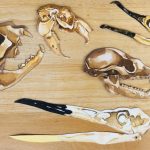