Acorn Naturalists
Share how you use this resource
$79.95
Item
KIT-19183
Add to Wish List Add to Compare
Email
Print this Page

An Italian mathematician published a book in 1202 that told of the discovery of a fascinating number sequence often seen in nature (0, 1, 1, 2, 3, 5, 8, 13, 21, 34, and so on) where the sum of any two numbers in the sequence equals the next number. This intriguing STEM kit integrates science, math, and engineering studies through investigations involving Fibonacci numbers. This sequence is repeatedly observed in nature. Using pine cones, this kit explores this sequence, discusses its relevance, and offers suggestions for further investigations. The classroom kit contains 35 female pine cones, 35 pine spirals, two pine cone halves, and a pine twig (all of which demonstrate Fibonacci sequences), plus a magnifying observation box containing small male pollen cones and a 3x magnifier. This kit also includes an educator's activity guide offering instructions, information on pine cone botany, additional Fibonacci-related activities, glossary of terms, and related internet links. Recommended for ages 8 and up, with adult supervision. 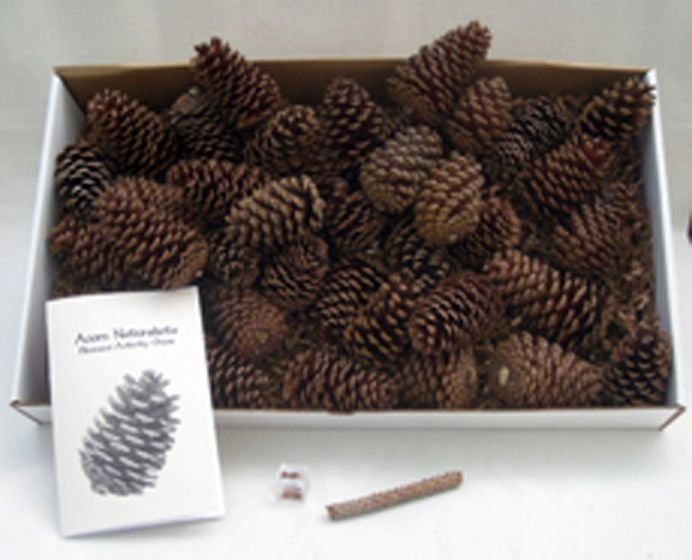